Search engine optimization remains the stalwart mainstay of digital marketing, with search driving around 50% of website traffic on average, according to an analysis of SimilarWeb data by Growth Badger. The average top blog, the company found, “gets 66.47% of its traffic from search, of which 99.77% is organic and only 0.23% is paid.”

But the practice of SEO has become more complex and it involves more considerations than SEOs enjoyed in the “ten blue links” era. Today, SEO includes everything from content marketing and distribution to user experience, and even the core job of gathering and interpreting search intelligence has become more challenging as the search engines continually change their display of results and port them over to other media like voice assistants.

This doesn’t mean that the well-established SEO best practices should be cast aside, however. Keyword research, page-level analysis, backlink tracking and acquisition, and rank tracking are still of critical importance, even as the environment continues to change.

Learn more about the evolution of SEO platforms by downloading our MarTech Intelligence Report!

The new face of search results

One important factor SEOs now face is having what was once organic space on the search engine results pages (SERPs) taken over by engines’ monetization efforts — in the form of larger more dynamic ad placements — and also by so-called “zero-click searches,” where the user doesn’t need to click to another page to get their question answered, because the answer is displayed right on the SERP.

What impact this is having isn’t entirely clear. A SparkToro analysis of SimilarWeb data from January to December of 2020 found that nearly two-thirds (64.82%) of searches on Google now end without a click on a result. “Zero-click searches …. have been on a steady rise for years, and I don’t expect that to reverse or plateau anytime soon,” said Rand Fishkin, founder of SparkToro, his look at the same phenomenon 2019.

Google disputes this study as misleading, however, saying so-called zero-click searches often represent people reformulating their search queries, connecting with businesses directly from results or navigating directly to apps in addition to seeking quick facts that can be delivered directly on SERPs.

“While we do show website links for many queries today when they are the most helpful response,” Google said in a blog post, “we also want to build new features that organize information in more helpful ways than just a list of links. And we’ve seen that as we’ve introduced more of these features over the last two decades, the traffic we’re driving to the web has also grown — showing that this is helpful for both consumers and businesses.”

In any case, data on these special displays (even if not exact) can be helpful to marketers seeking visibility on the SERPs, including within these features.

For example, the analysis showed that searcher behavior varies based on the device being used to search. The researchers found that, in aggregate, searches resulting in a click are much more likely to occur on desktop devices (50.75% organic CTR, 2.78% paid CTR), while zero- click are much higher on mobile devices (77.22%).

A Perficient Digital analysis of AuthorityLabs data on nearly 2M searches provides even more granular data. On queries with ads — and ads are likely to be served on the great majority of commercial queries — the ads attract about 28% of the clicks, “stealing” from no-click searches. Perficient concurred that searchers on desktop were more likely to click-through.

Google employs more than 1200 unique features (up from 810 in the last such count) — such as the Knowledge Graph, Direct Answers and FAQs — on its search engine results pages, seoClarity estimates, with each tailored to a certain type of search or search intent. They’re not all displayed at once, of course, and some are actually quite rare. Overall, out of those 1200 features, only 200 are found on more than 0.2% of keywords, according to seoClarity research.

Needless to say, features like these affect the way users respond to search results and influence what they click on — or if they click at all. Because different types of searches generate different layouts and types of displays, Nielsen Norman eye-tracking studies find that users need a moment to process the SERP before making a decision.

“Because search-results pages are now so inconsistent from query to query, users are often forced to assess the page before digging in and making a selection,” according to the report described in Search Engine Land. (Perficient Digital data finds this inconsistency to be a much bigger factor on mobile, noting that desktop results aren’t nearly as volatile.) This results in what the user experience company called a “pinball pattern” in eye movement.

The special, visually-rich displays are viewed by 74% of searchers, Nielsen Norman Group found. And they seem to be having a significant impact on click activity.

Back in 2006, the first search result (defined in this study as the first item appearing on the page, which means it could be an ad) attracted 51% of clicks. In their most recent look, only 28% of clicks go to the first result under the search box, the UX researchers found.

Nielsen Norman Group researchers also noted what they call a “love at first sight” behavior pattern on SERPs, where 20% (up from 17% in 2006) of searches result in people focusing on a single result on a page, presumably finding it sufficient to answer their question. The UX researchers said one reason was that, “people trust that the search engine’s pick for the best answer will be pretty close to the true best answer. It’s become a common belief that search engines are good at finding the best answer to a query and presenting it at the top of SERPs.”

The researchers didn’t segment their analysis to look at different types of searches, though. Perficient Digital has found that whether the query contains a brand name or not seems to have a significant impact. The agency found that the click-through-rate for the first result on branded queries averages 69%, whereas for non-branded queries the first result only achieves a 18% click-through rate.

This suggests that there’s more opportunity for marketers to attract clicks even if they aren’t in the very top spot, but, between more aggressive monetization of results and special features, there’s just not as much room for organic listings. Consequently, there’s an increasing need for enterprise SEO tools that help marketers identify where their pages are showing up (especially in these special features) and identify opportunities for optimization.

We explore these developments and more in our MarTech Intelligence Report on Enterprise SEO Platforms, updated for 2021. Download now!

Pamela Parker is Research Director at Third Door Media’s Content Studio, where she produces Martech Intelligence Reports and other in-depth content for digital marketers in conjunction with Search Engine Land, Marketing Land, MarTech Today and Digital Marketing Depot. Prior to taking on this role at TDM, she served as Content Manager, Senior Editor and Executive Features Editor. Parker is a well-respected authority on digital marketing, having reported and written on the subject since its beginning. She’s a former managing editor of ClickZ and has also worked on the business side helping independent publishers monetize their sites at Federated Media Publishing. Parker earned a master’s degree in journalism from Columbia University.

All Snohomish County facilities will reopen to the public July 6 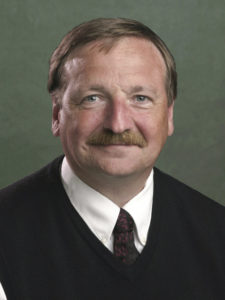