Convention and Visitors Bureau moving after split from Chamber, City purchase of depot

The city just purchased the two-story office portion of a railroad depot that was built in 1909 for the former Clinchfield, Carolina and Ohio (CC&O) rail line.

The CVB plans to move into upstairs offices in mid-July, less than seven months after splitting off from the Johnson City Chamber of Commerce after a partnership of more than 30 years.

JC Convention and Visitors Bureau to separate from Chamber of Commerce

CVB Executive Director Brenda Whitson said the buildout of the first floor visitors center could begin by September. When it’s done, CVB offices will relocate to that floor.

Marketing and advertising staff are the likely occupants of the top-floor space, along with downtown redevelopment employees.

“It assures great communication and coordination when it comes to the use of logos and colors and unified message and provides an opportunity to ensure that there’s good working cooperation between different departments of the city and the CVB,” Peterson said.

2020 CVB Board Chairman Andy Marquart said the change to standalone status is saving the CVB close to $4,000 a month and has allowed it to add a new position already.

“All of that money then can be driven towards tourism and bringing people here,” Marquart told News Channel 11. The CVB is funded from a portion of the city’s hotel-motel tax.

Marquart said money from those efficiencies “goes toward things that the city needs but also increased tourism overall and then more tax revenue and the cycle continues.”

Peterson said the space and location, at the corner of Buffalo Street and State of Franklin Road, is ideal for a visitors center.

“You’re located right here in the middle of downtown, immediately adjacent to the soon to be redeveloped West Walnut Street, so it’s an open invitation to visitors to our community,” Peterson told News Channel 11.

“It’s also an anchor to draw people to the downtown area where we have along with the private sector invested millions of dollars to improve and to make downtown Johnson City the happening place.”

The platform and additional depot space on the west end of the building remains owned by Joe Baker. A founder of Ole Smoky Moonshine and Yee-Haw Brewing, Baker purchased the then-dilapidated depot from the Johnson City Development Authority (JCDA) in 2012.

The JCDA itself had bought the building out of foreclosure, paying $150,000 in 2010. Baker purchased it for $5,000 in 2012, completed renovations and eventually leased the larger portion to now-closed Tupelo Honey Restaurant.

Fleet Feet, a running shoe store, currently occupies the first floor of the office portion and was the first viable business to operate out of the space in decades.

Owner Phil Horner, whose original store is in Kingsport, said Johnson City has been a good market and he is looking at different spots to reopen.

“If everything works out correctly there won’t be much of a lag (before a new location opens),” Horner said.

But he said he’ll miss the building’s ambience.

“We liked the character and we feel we added some touches to it,” Horner said. “But we’ll still be a very big presence in Johnson City.”

City commissioners voted in May to purchase the office space, which totals nearly 6,000 square feet, for $750,000.

As a side note, Peterson mentioned that his grandfather worked out of the very same building as a Clinchfield employee.

“It’s a historic landmark here in Johnson City. (The purchase) helps ensure the preservation and the longevity of a very significant building. The railroad is the reason Johnson City is here today so there’s those strong ties.”

Marquart has little doubt CVB leadership will incorporate those ties into the center.

“We’re brainstorming about what the look-feel of this visitors center is going to look like, but obviously if we’re in an old train depot it makes sense to play off of that,” he said.

Move from Chamber building will complete split recommended in 2020

The move comes halfway into the CVB’s first year as a standalone organization. Marquart chaired the CVB board in 2020 and into 2021 and helped lead that transition.

“That transition committee has really worked with the staff to oversee the business dealings of the CVB to ensure it gets started on the right foot as its own organization,” Marquart said.

The CVB began taking serious steps toward splitting off following a consultants’ study completed in March 2020 that recommended both standalone status and creation of a new visitors center.

The study designated as a “weakness” what it called “issues regarding (CVB) organizational structure.” One issue was the fact that the lodging tax dollars that fund the CVB went through the Chamber first.

That fiscal issue rose to the level of a “threat,” according to the consultant’s analysis. It recommended CVB “ensure controls are coordinated with the City, (Chamber), and (CVB) to guarantee the appropriate allocations and procedures are in place to maximize funding for tourism development.”

Peterson said the change “provides an opportunity to do some things independent of some layers of bureaucracy and at the same time it also provides a better layer of accountability back to the funding source which is the city of Johnson City.”

The funds, which totaled $687,955 for each of the last two fiscal years, had routed to the Chamber. In 2020, CVB and city leaders became concerned when they were unable to get clarity on the separation of CVB and Chamber funds and about money the Chamber had borrowed from CVB tax dollars.

The Chamber of Commerce has agreed to an interest-free repayment plan. Quarterly payments of $3,000 go toward a balance that currently sits at slightly more than $50,000.

“What it comes down to is maximizing the tax revenue from the hotels so that it continues to drive tourism,” Marquart said of the impetus for change. “For us the way to maximize those tax revenues was for the organization to become independent.”

The change is projected to yield savings on rent, a more streamlined organizational structure and less overhead in some categories.

The goal is to see the CVB’s greater effectiveness – even at lower cost – drive more money into those lodging tax coffers.

“The cycle that we talk about, it’s bringing more tourism equals more tax revenues which means more revenue for the city but also the ability to spend more dollars to increase that cycle overall and continue to bring people here,” Marquart said.

He said a good bit of hard work had to be completed.

“The staff and the transition committee both worked pretty tirelessly to accomplish that in a pretty short time frame but here we are, we’re in the fun part, finding ideas for a visitors center and growing the staff already. Those are all things that are fun and now the CVB can get back to its normal daily function.”

Castro will walk into an ideal spot for a visitors center, Marquart said.

“You’re right in between downtown and Walnut street, the two biggest development areas for the city, it’s easy to find, there’s parking, you’re just a couple minutes from the interstate so this location truly is ideal.”

Marquart said a well run, well-located visitors center makes a big difference in a city’s success at attracting outsiders and their spending.

“If visitors know they can go to one location that’s convenient, that’s comfortable, that’s reflective of all of the things to do here then they might spend a little bit more time here if they’re just passing through or they’re going to learn about an attraction or other place to go that they didn’t know about before they came here.”

He said even Google hasn’t lessened the importance and effectiveness of visitors centers.

“That staff person can walk them through what there is to do and then some beyond what maybe they didn’t know about things to do in our area but also specifically Johnson City. And each time they add something to their agenda that’s more tax and revenue dollars for the city.” 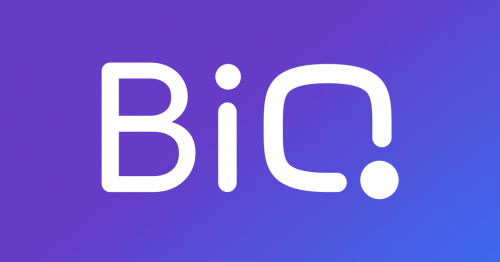