Netflix Inc’s plans to revive its slowing subscriber growth will be in focus when it reports second-quarter results on Tuesday, as lockdown binge-watching subsides and competition from Disney+ and HBO Max ramps up.

Netflix has forecast it would add just 1 million subscribers globally in the second quarter, a tenth of what it added a year ago when COVID-19 restrictions forced people to seek entertainment at home.

The streaming pioneer has also been losing market share to new services such as Disney+, Apple’s Apple TV+, WarnerMedia’s HBO Max and Comcast’s Peacock. To be sure, the industry’s overall subscriber growth has also slowed as the U.S. market saturates.

Some Wall Street analysts have said a first-mover advantage will only take it so far and that Netflix needs to produce new content, renew content licenses and explore other revenue sources such as live sports and advertising to turbo-charge growth.

Co-CEO Reed Hastings has long been opposed to adopting an advertising model saying it would have to compete with market leaders Google, Facebook and Amazon.

The company is exploring an e-commerce push to sell content-related merchandise and recently hired Facebook executive Mike Verdu to anchor its gaming expansion.

But analysts are skeptical about the gaming move.

“While this strategy could be marginally accretive to Netflix’s member and revenue growth, we doubt the platform would be meaningfully competitive with endemic gaming platforms or content publishers anytime soon,” said Matthew Thornton, analyst at Truist Securities.

For now, Netflix is under intense pressure to produce new content, after big hits like “Emily in Paris”, “Bridgerton”, “The Queen’s Gambit” and “The Crown” in 2020. The pandemic delayed production, but the company has announced new seasons of “Stranger Things” and “Ozark” among others coming next year.

* Analysts estimate Netflix’s second-quarter revenue to grow 19% to $7.32 billion. Revenue in North America, its biggest region by revenue, is set to increase by 13.4%.

* The stock, which soared 67% in 2020, is also the weakest performer among FAANG stocks this year.

* Wall Street analysts are largely bullish, with 36 out of 46 rating the stock “buy” or higher, while six have a “hold” rating and four rate it as a “sell” or lower.

The streaming giant hired Mike Verdu, who was most recently a Facebook vice president, as VP of game development and he will report to Chief Operating Officer Greg Peters.

A new phase in the financial cycle

Thu Jul 22 , 2021
Jun 24th 2021 GROWING UP IS hard to do but growing old is harder. As the business cycle matures and ages, it goes through phases, just as people do. These are mirrored in financial markets. Strategists like to talk in terms of early-, mid- or late-cycle investing. It is tricky […] 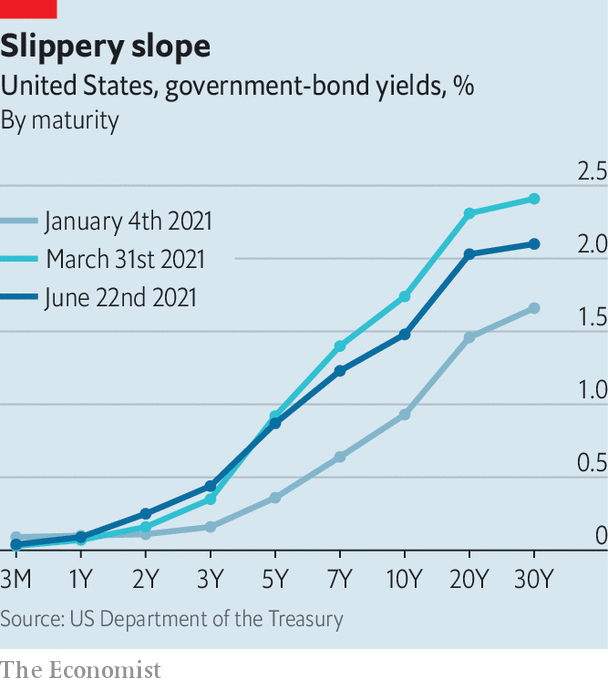