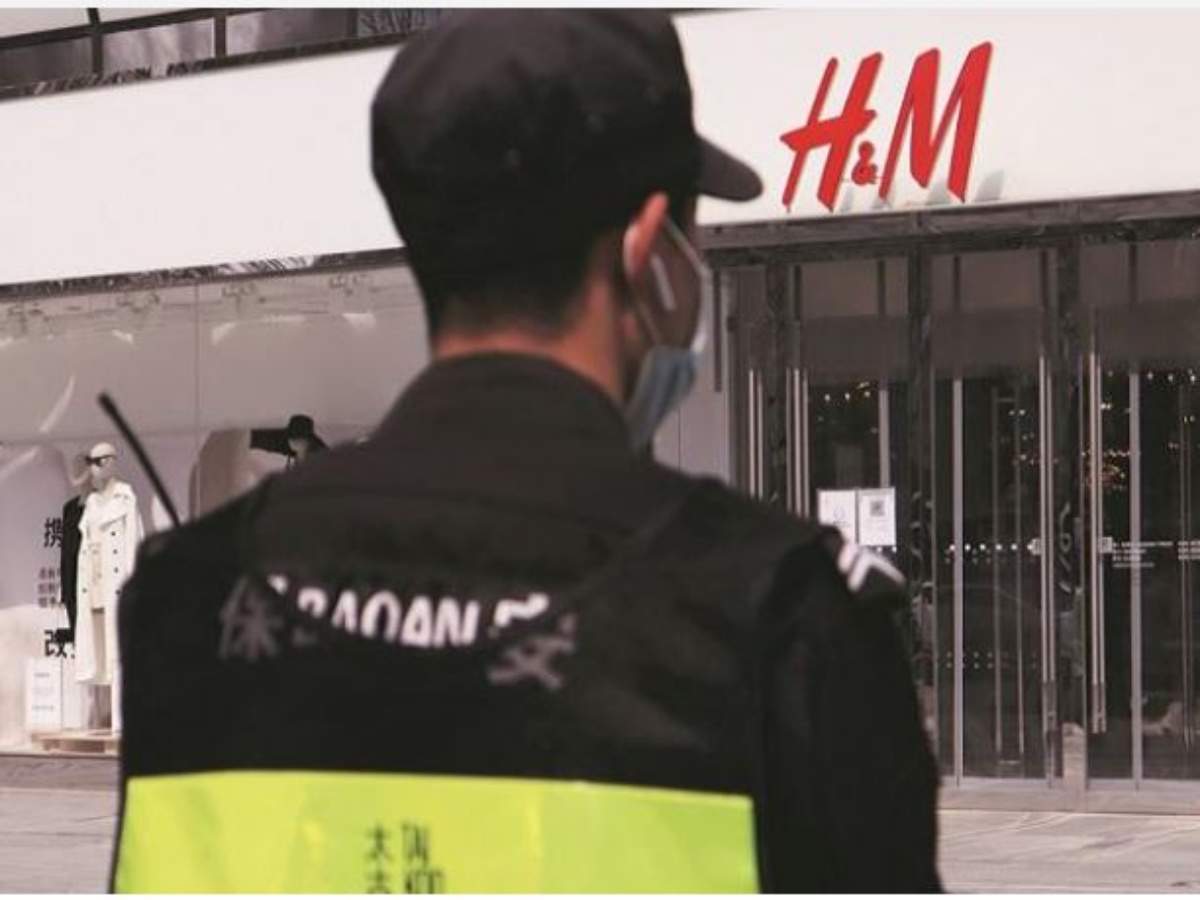 Chinese internet users had called for a boycott of H&M, Nike, Burberry, Adidas and a few other western fashion brands, when the United States, United Kingdom, Canada, and the European Union announced sanctions on Chinese officers over Beijings treatment of Uyghurs in Xinjiang in March 2021. Tracy Wen liu of Foreign Policy Magazine reports that one of her old friends, an engineer living in Jiangsu province, had expressed his frustration that people kept purchasing items from these brands on WeChat and received support from a few others with a similar mindset.

He later formed an online group, made a few leaflets arguing for boycott of foreign brands and aimed to distribute these leaflets on Labour Day in front of major department stores. He later received a phone call from a local police station politely informing him that gathering at public places could be illegal and that he could be booked for “picking quarrels and provoking trouble”. Most of China’s activists are often detained under the same criminal charges.

China has now begun expanding its ever-growing censorship system by recruiting a legion of new online informers who report posts- even unapproved patriotic ones even though the Chinese state often backs nationalist rhetoric. In both professional and private contexts, China’s censorship system has become ever stricter. Radio Free Asia reports that new regulations approved and implemented by the State Administration of Press and Publications of China require journalists to evaluate their social media posts as part of the annual verification process for journalism ratings.Netizens are encouraged to spontaneously check whether posts shared by celebrities and performance artists support the party’s line, principles, and policies and whether they are regular in sharing patriotic posts on Weibo written by Chinese Communist Party (CCP) affiliated organizations. This is a stark change from the past, when criticisms were only directed at public intellectuals. Many articles that do not involve sensitive political topics are being withdrawn on the orders of the state, making writing journalistic articles exponentially harder.

Anyone trying to honestly report the events happening in China is labelled a “hostile foreign force”- a Chinese expression used to blame people disagreeing with the view of the Chinese Communist Party and blame problems on imaginary outside saboteurs. Even more vulnerable to this censorship are the marginalized communities of people with disabilities, members of the LGBTQ community and women.

The feminist Xiao Meili was subjected to barrage of threats and insults by netizens and labelled a “Hong Kong separatist” for supporting the Umbrella Revolution of 2014. Nikkei Asia has reported that Sina, the parent company of Weibo banned her account along with a dozen others to silence them.

Another lawyer and feminist, Liang Xiaowen was threatened with offline violence, calls to bring the National Security Department on her parents before she was de-platformed by Weibo, as reported by the CNN.

No explanation or appeal was provided to her and the CEO of Sina stated that she had published “harmful and illegal information”. It is pertinent to note that no action was taken against those bloggers who verbally abused her.

Engineers and tech enthusiasts are now being recruited to build firewalls to protect the Chinese people “hostile foreign forces,” aka foreign media outlets with Human Rights Watch pointing out that the control of speech in China has gotten savvier and more aggressive. The Foreign Policy report further states that a complaint was received by the Fuzhou Education Bureau, when in June Fuzhou Gezhi Middle School had broadcast the music video for the popular K-pop group BTS’s song “On.”

The complaint argued a host of trivial reasons which included that one member had a politically unacceptable discussion over the Korean War while other members had violated COVID-19 pandemic prevention regulations. Gezhi Middle School was ordered to investigate the incident and immediately make corrections by the Fuzhou Education Bureau.

A certain number of posts have to be deleted or a certain number of accounts deleted by Chinese officials to meet their quota because the censorship machinery has to justify its existence. Milder content has to be branded as unacceptable by censors to meet their own quotas since people are too afraid to post meaningfully threatening or dissident content. Reuters has reported that this loss of freedom of speech drives others like a group of aggressive and assertive nationalists to take advantage.

They attack people who they consider not patriotic enough and Weibo users like Gu Yan Mu Chan, named as an “ambassador to promote internet civilization”, have made a successful career by doing so. People are being influenced to accept China’s unique conditions and live peacefully by not questioning the Chinese central government’s policies. It is akin to a witch-hunt that is backed by a totalitarian state and has turned a whole generation of people into rabid nationalists. The energy online is worrying, but there are still people taking huge risks to fight for freedom and democracy. Others have taken to threatening and reporting those who speak the truth as a strategy to show loyalty to the ruling party.

Thu Aug 19 , 2021
To get a roundup of TechCrunch’s biggest and most important stories delivered to your inbox every day at 3 p.m. PDT, subscribe here. Hello and welcome to Daily Crunch for August 18, 2021! Good news up top: A big welcome to Kate Park, who recently joined the TechCrunch family. She’s […]