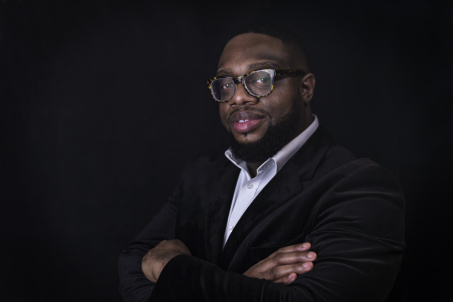 Living on a council estate in East London, you gaze across at the iconic Canary Wharf tower from your bedroom window. Its pyramid roof gleams like gold as the sun bounces off it and you imagine yourself working there when you’re old enough, living the dream – driving a nice car, wearing decent clothes and living in a house you’re proud of.

The juxtaposition between the tower – a gigantic symbol of corporate wealth – and your local community, where money is tight, is ironic. They are within the same borough yet worlds apart. Is it even possible to move from one to the other?

Having appeared on Channel 4’s Save Well, Spend Better and filling in for Martin Lewis on ITV’s This Morning, among other things, financial adviser Emmanuel Asuquo is proof that it is possible, if unconventional.

Asuquo – an East End boy with Nigerian heritage – has made a name for himself as a financial expert among people who don’t seek financial advice and his background certainly helps him relate to this audience.

As a youngster, Asuquo knew nobody who worked as an adviser or used their services. He was just in awe of Canary Wharf and tempted by the wealthy lifestyle it represented.

“When I was growing up, nobody could leave the light on in our kitchen because that cost money. If you did, someone would shout, ‘who left that light on?’ But at night, when I looked out of my window at Canary Wharf, all the lights were on. So in my mind, I thought there must be money over there – if I want to change my life, I’ve got to get over there where you can leave the light on and not get into trouble,” he says.

Advisers up and down the country who come from similar backgrounds can probably relate to being drawn to a financial services career for materialistic reasons, as Asuquo was initially. He started his career in banking but felt unable to be himself when he made the transition to advice, due to ‘being different’ to those around him.

“When I started in financial advice at the age of 22, I was the only black person on my team. There were only five of us in the whole country and most worked in black areas such as Brixton and Birmingham,” he says.

“I was the only one in the City working with high-net-worth people and I used to put on a voice – my ‘Made in Chelsea voice’ – because I didn’t feel that the way I talk would be accepted by that type of client.”

Being black, having a London accent and coming from a council estate was not the norm and being told that “people won’t like you” and “won’t want to work with you” at a particular branch is not pleasant to hear. However, Asuquo eventually dropped the posh accent and realised he didn’t need to pretend to be anybody else as clients warmed to his down-to-earth personality.

“I don’t see it as about race, I was just different. People had never seen anyone like me doing the role,” he says. Ironically, the way he speaks is one of the things that endears him to TV audiences and he has heard that former colleagues who were objecting to his presence in certain branches now proudly tell everyone they used to work with him.

Having worked with a lot of high-net-worth clients, Asuquo realised the financial knowledge he gained was an asset that he could bring back into his local community and explain it in a way they understood to improve their lives. That realisation led to the creation of his financial education company, The Eman Effect, in 2016.

“I could focus on celebrities and footballers, as they are always getting in touch, but I want to focus on people with low incomes who are struggling and want to be better. A lot of people who come from where I come from identify things – possessions – with getting value. They spend on clothes, cars and restaurants but that keeps them where they are. The Eman Effect is about breaking that cycle and giving people the ability to start their financial journey if they have, say, £100 a month to invest, even if they are in debt.”

The Eman Effect was launched after Asuquo was made redundant for the third time in his career. But he admits his plans were not taken seriously by everyone around him. “A lot of people were laughing at me, saying, ‘you’re going to teach poor people about financial advice? How are you going to make any money?’” he says.

The company provides a range of services starting from £100, including a 30-minute telephone call, a six-month mentorship course and a one-to-one financial review. It also puts on events and seminars which cost £20-£30 a ticket and can be booked by other organisations such as universities and charities to bring financial education into the community.

In the beginning, Asuquo had naively assumed that posting personal finance information online through his Instagram account would generate some interest, which would translate into paying business, but that didn’t happen.

“People were not interested. I’d posted ‘this is what a pension is’, and nobody cared,” he says. “I realised that people don’t go on social media to be taught like they’re at school, it’s a wind-down.”

He then tried a mix of financial advice with entertainment and that did the trick. His content became humourous and relatable, focusing on everyday scenarios and the financial mistakes people often make. More people started to share the content and that is how he grew the platform online.

“I look at things people might do that are perhaps not applied to the right thing – like using furlough money to take your girlfriend to the expensive restaurant Hakkasan. People laugh at it but get the message that maybe it’s not what they should be doing,” says Asuquo.

Asuquo believes nothing is as good as regulated financial advice, but when he was in the market, the minimum fees of £2,000-£3,000 were beyond people who only had £1,000 saved up or just wanted a £100 or £200 top-up to their pension. He sees a need for financial education platforms, financial coaching and robo-advice to fill the gap in an affordable way, but has concerns about people who lack financial qualifications setting themselves up as experts on social media.

“All they’re doing is sharing what works for them, but to use a health analogy, we might have similar symptoms and the doctor will prescribe us different medication because our circumstances are different,” he says. For example, just because one person says they did well out of property or cryptocurrencies, this doesn’t mean another should also invest as they could end up in a worse position.

“I don’t want to bash coaches because there are some great people out there sharing their knowledge and experience at affordable prices,” he says. “But sometimes coaches overstep the mark. People on low incomes want to buy their first home so someone tells them a portfolio can make money.

“They say, ‘pay me £2,000 and I can help you buy your first property’. They might use all the money they have, take out a loan and use a credit card to get that ‘advice’ and they’re taken advantage of.”

For Asuquo, the next step is to find a different platform for financial education aside from Instagram, and he is planning to do some podcasts. He is also writing a book to help consumers manage their finances, as well as preparing to film a new show for Channel 4, called Secret Spenders.

“Television work is very interesting but it takes a long time – you’re saying the same thing six or seven times and doing it from different camera angles which can be quite tedious,” he says. “But I love the impact. I get emails from people, especially young boys coming from rough areas, telling me that I’m their inspiration. They’ve never seen someone who talks like me that is considered an expert.”

One young lad who emailed Asuquo said he likes science and, having seen Asuquo as a finance expert, wants to be on television as a science expert. “If you see someone doing it, you can believe it. Any young person can look at me and say it is possible,” says Asuquo.

“I would encourage any young person thinking about getting into advice to do so. There’s no better job than a financial adviser. They can reach out to me if they want to get started.”

Why Is Marketing Personalization So Hard?

Thu Jul 1 , 2021
PHOTO: Adobe Personalization isn’t new. It has been around for a long time since the introduction of the internet in our daily lives. However, despite the potential benefits of personalization, many factors make it difficult for marketers and technical leaders to personalize content. In fact, according to Gartner, by 2025, […] 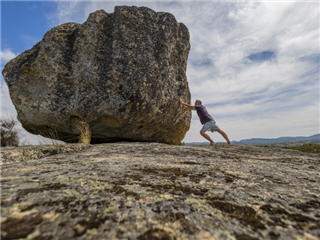