Sign up to myFT Daily Digest to be the first to know about History books news.

The sack of Rome is a hell of a way to start a book about finance. In the opening pages of Patrick Wyman’s The Verge: Reformation, Renaissance, and Forty Years that Shook the World, we are at the walls of the Eternal City in 1527 with 25,000 lean, trained mercenaries. Fairly quickly, they have scaled the walls, stripped the monasteries of their valuables, and entered the Basilica on horseback to pile corpses on the altar.

The mercenaries in theory work for Charles V, the Holy Roman Emperor, but after a long campaign they are fighting only for a way to get paid. As the mercenaries indiscriminately kill civilians and even children, they spare the city’s German bankers, a population that somehow seems to flourish in every European crisis. Historian and podcaster Wyman’s point is that the mercenaries knew the bankers could get them money from anywhere.

The Verge takes up the question of the Great Divergence: how did Europe, a backward continent with miserable weather and dirty little cities, for a time grow faster than the rest of the world? Wyman’s answer is that Europe had developed the technology of finance: people in Venice and Genoa, Nuremberg and Augsburg had learnt how to gather up cash and then send it around the continent in return for a promise of interest over time. We have to step over a lot of bodies to get there. It is quite a bloody book. It is also the rarest of surprises: a read that you pick up to improve yourself on holiday, and then find that you are enjoying.

The question of divergence has become newly important, as history programmes at universities in the US and the UK work to pluck the continent of Europe from the centre of their lessons. There are already some available, straightforward explanations. The horrific plunder of Africa and the Americas is one. Europe also had the blessing of coal, and the innovations in steel, navigation and tactics that came from endless wars among states that could not be unified. Wyman does not discount any of these explanations, but instead steps into a narrower argument among economists and historians: does finance create growth, or does growth create finance?

Wyman believes finance comes first, that if you are going to be astonished by leaps in technology, you have to keep asking yourself the same simple question: how did they pay for all of this stuff? His answer, chapter by chapter, is that the way Europeans paid for things is as complicated and important as the things themselves.

This frame lets Wyman drag us along well-trod stories from early-modern Europe and see things we had missed. Queen Isabella of Castile did not pay for Columbus to sail anywhere. He was from Genoa, and so understood that all voyages were paid for up front by syndicates of investors, counting on a return. Jakob Fugger of Augsburg, who financed the election of Charles V to emperor, was in his own day the richest man alive. He was also a fetishist for the precision of the double-entry accounting practices he had learnt in Venice. John Heritage, an English wool trader, never paid in full up front, and left behind a scratch book that explained how money moved around sheep fields.

Wyman does not offer a judgment on finance. It is not inherently good or bad. Like any tool, it can be used for war or art. You can see the power of this approach in his chapter on Aldus Manutius, a middle-aged scholar in Venice who spent years perfecting and cutting a typeface in Attic Greek. Moveable type was not just an innovation. It was a market, where printers needed start-up capital and ruthlessly tightened each others’ margins — in Venice at the end of the 15th century, the average life of a printing shop was 18 months.

Manutius worked for his father in law, Andrea Torresani, a man so odious and tight-fisted he was remembered in print by Erasmus, the Dutch humanist scholar. But for any of the humanists to rediscover the works of Greeks, they needed grammars and manuscripts printed in Greek. Those came at first from Manutius’ careful typefaces, financed by Torresani and Pierfrancesco Barbarigo, a well-connected Venetian with deep pockets. Even Aristotle did not just reappear in early-modern Europe. Someone had to finance him.

Wyman’s history does not attempt a complete explanation of the great divergence — there is no single explanation. But there is a growing frustration among historians that for too long they let the economists write economic history, treating finance as a grubby business that will happen on its own as needed.

Wyman treats finance as a technology, something that had to be invented and refined just like shipbuilding and steelmaking. That means the way we finance things affects what we do. Right now, for example, investors are driving up the price of starter homes all over the US. That may just be an efficient allocation of capital looking for a return. But it will have very real consequences.

Thu Sep 9 , 2021
Are you running a healthcare facility and looking to drive more patients to your facility? You have probably tried many things but every effort to improve the results of your healthcare marketing hasn’t made a difference. Have you ever considered digital marketing for your healthcare business? If not, this is […] 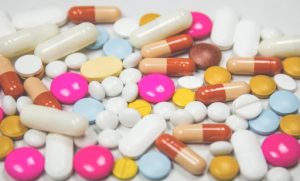